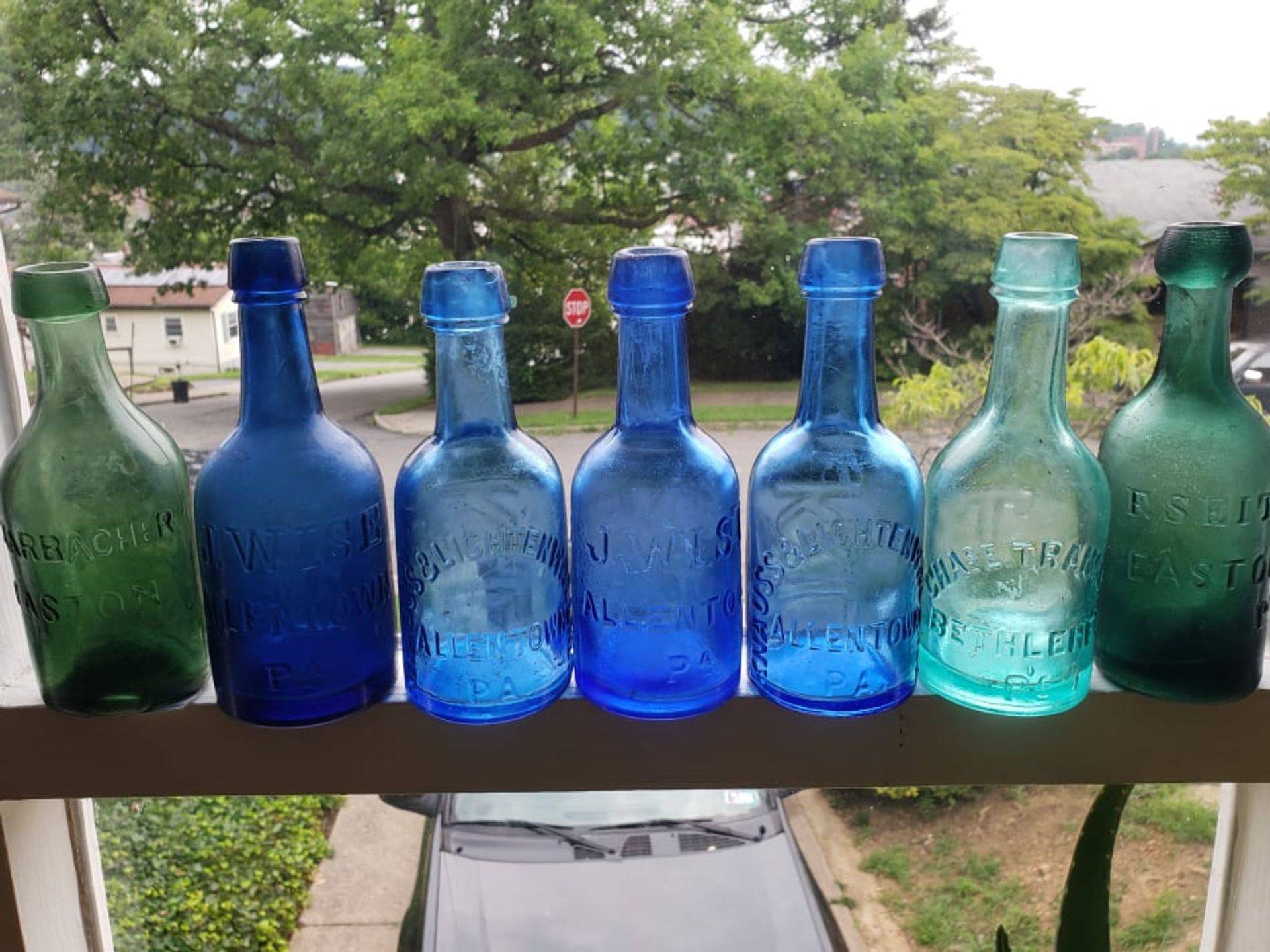 I recently went on a privy dig at a house that was built in the late 1880's. To dig  for privy's in homes that date late 80s 90s are a gamble. It all boils down to when plumbing was introduced to the area. If the privy's will be (old enough ) to dig. If plumbing came in late,there could be a number of privy's in the yard,or they might have used one privy for an extended period of time. If plumbing came early,then they would have filled in the privy's and sealed off the time capsule(early) so for the 21st century privy digger the latter is the best Scenario.

At this 1880's home I thought I "might" have found a privy because the reading I was getting from the probe made me believe so. Lots of dark ash and other old signs on the tip. I moved over and stuck the probe in another spot,it went down like it was pure air! It felt way to easy, like it was a pocket of empty space I was into. I started to do a test hole  and I was shocked with what I was looking at.It turned out to be a 20 foot open brick lined pit! There was nothing more then a foot of ground covering this mammoth hole.

Upon further inspection I found a thin piece of concrete  stuck to the bottom of the ground I pulled out. It looked like they covered this hole with wood and then poured a thin layer of  concrete  on top of the wood. I am sure is was solid for a few years but as time went by the wood rotted and the concrete cracked and fell down in to the pit,making it very dangerous.

I was lucky to find this "Hidden danger" that day. The two family's that shared the yard had many children. Stepping on the right spot over and over could have been disastrous.

The present day owner is going to fill the empty hole in with a truck load of red bricks from his work.That will make it secure for years to come.

I did find the (real) privy for this yard,but it was void of bottles. I believe I was sent to the house that day to find that open death trap and warn the  people that lived there.That was my only mission,I just didn't know it at the time.

Privy diggers do more then just dig up the past,they warn the present of  "UN SEEN DANGERS"

A  shot of the deep brick cesspool. A long drop.