Beauty starts from the inside out, and maintaining a trim and slim figure was particularly prized in England during the 1800s. One particular dissucting.  beauty regimen that gained some traction was the ?tapeworm diet,? where people looking to shed pounds would swallow pills containing sanitized tapeworm larvae, which would take up residence in your stomach. The worms would divert your excess calories to their own bodies and grow larger and larger until you had them removed (a very unpleasant process). Thankfully, this particular diet fell out of fashion pretty quickly.

Whiter teeth might be popular now, but it was quite the opposite for those in Japan throughout the Meiji era. Women who were married used a lacquer dye on the faces of all of their teeth, staining them a deep, brilliant black (single women had white teeth). First the rind of a pomegranate was rubbed against the teeth to prime the enamel, then the dye?made from iron filings and the gallnuts of the Japanese sumac tree?was applied. It was a foul, time-consuming process that had to be repeated every three days or so. In the Age of Enlightenment, the trend for beauty was toward aristocratic paleness. Color in the skin meant you spent time outside, which usually meant backbreaking labor. The whiter your skin, the richer you could appear. Since human beings naturally have a bit of color, the beauty treatment back then was to apply a powder made of white lead, calcium carbonate and hydroxide to every inch of exposed flesh. That powder introduced toxins over time that caused various side effects, including skin inflammation and baldness.

Teeth are a vital part of your overall beauty, but before the invention of modern dental technology it was tricky to keep them clean and bright. The ancient Romans believed that they had the solution?the urine of Portuguese people. Jars of urine were shipped in from Portugal because they thought that it was a more powerful cleansing agent than home-grown Roman urine. The ammonia in urine is actually good for disinfection, and it continued to be used as an active ingredient in mouthwash until at least the 18th century. During the 19th and 20th centuries, as the world?s population began to expand, many industries experimented with a wide range of medicines. During this time in history, the scientific community conducted many trials with new drugs. New substances were often discovered that had a direct impact on the human brain. In some cases, international companies took advantage of the loose market standards and released potentially hazardous products. A good example of this is Mrs Winslow?s soothing syrup, which was a medical formula compounded by Mrs. Charlotte N. Winslow, and first marketed in Bangor, Maine, USA, in 1849.

The product was advertised as ?likely to sooth any human or animal?, and it was specifically targeted at quieting restless infants and small children.
The formula?s ingredients consisted of a large amount of morphine sulphate, powdered opium, sodium carbonate and aqua ammonia. Mrs Winslow?s soothing syrup was widely used during the 19th century to calm wild children and help babies sleep. This cocktail of drugs worked immediately and slowed the children?s heart rate down by giving them harmful depressants. The syrup had an enormous marketing campaign in the UK and the US, showing up in newspapers, recipe books, calendars and on trade cards. During the early 20th century the product began to gain a reputation for killing small babies. In 1911, the American Medical Association incriminated Mrs Winslow?s Soothing Syrup in a publication named Nostrums and Quackery, in a section titled Baby Killers.

Mrs Winslow?s soothing syrup was not withdrawn from shelves in the UK until 1930. In 1897, chemists at the Bayer pharmaceutical company in Elberfeld, Germany, began experimenting with diacetylmorphine, or heroin. From 1898 through 1910, the Bayer Company sold diacetylmorphine to the public. The substance was marketed under the trademark name Heroin and was put on supermarket shelves as a non-addictive morphine substitute and cough suppressant. In fact, the Bayer Heroin product was two times more potent than morphine itself and caused countless people to become addicted. The public response was immediately evident, but the company continued to sell Heroin for over ten years. The era has since become a historic blunder for the Bayer Company, and world organizations in charge of keeping people safe from these harmful chemicals. 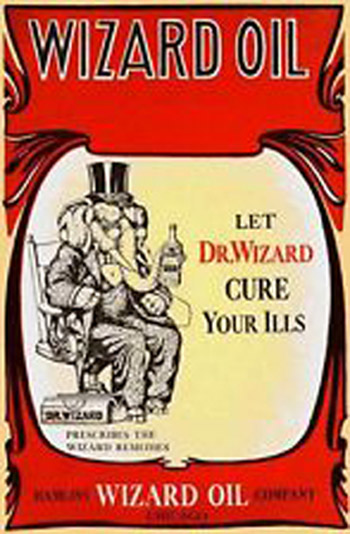